Kevin Bloom and Richard Poplak writing in the Daily Maverick, "Chinese shopkeeper cover story a new low for South African Journalism," deftly deconstruct the cover story in Noseweek, yet another piece of "yellow journalism" about Chinese immigration into southern Africa. Here's the lead for the Daily Maverick story, describing the Noseweek piece: "a humid conspiracy theory wrapped in the guise of journalism, and when it isn't racist and xenophobic, it's plain wrong."

One of the main themes of the Noseweek story is that the mom & pop Chinese shops one can easily find in many parts of South Africa are part of a giant plan, rendering them pieces of one huge "chain store". Anyone who has actually interviewed Chinese traders (as I and many others have, including Bloom and Poplak) would realize that this is so silly that it would be laughable if it wasn't deliberately intended to arouse xenophobic fears.

I'm really glad to see an uptick in the fact-checking coming from the continent. Wonder when we'll start seeing something similar coming out of China?

A hat tip to Sven Grimm at the Centre for Chinese Studies, Stellenbosch University.
Posted by Deborah Brautigam at 10:31 AM 4 comments: 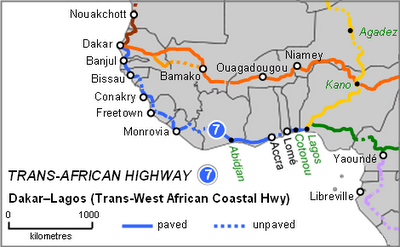 This is the fabled coastal highway. Will it happen? As with any of these projects: follow the money. This would be hugely complicated, with nine countries responsible for repayment of any finance. Perhaps it will be tendered as a private-public partnership, with tolls. That's the Chinese model.
Posted by Deborah Brautigam at 11:49 PM 4 comments: 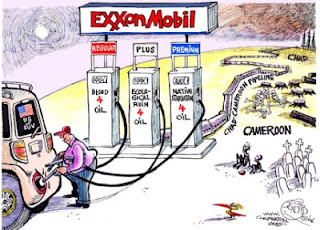 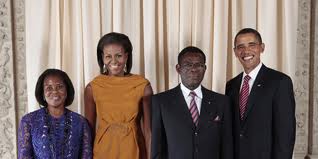 A Finnish student's master's thesis on bias in media coverage of Chinese aid and cooperation finds that media coverage (unsurprisingly) from China was overwhelmingly positive, that from the West overwhelmingly negative, and that from Africa, on balance, neutral. The dissertation starts with the observation that Western beliefs about Chinese aid and cooperation have real consequences:


This was demonstrated when Finland announced at the beginning of 2012 that it would revalue its development co-operation starting from March. Development Co-operation Minister Heidi Hautala indicated that human rights were to become the new main focus of Finland’s aid. The reason for this shift was announced to be the increased involvement of China and other rising donors in development aid practices. The newspaper Helsingin Sanomat (HS 2012) reported that China, which according to widely held beliefs tends to neglect human rights, has a growing effect on Africa and therefore, the rest of the world should be more concentrated on balancing against this neglect and improving the human rights facet of aid. This means that the perceptions about Chinese aid, no matter how close to or far away from the truth they are, are actually influencing the decisions other countries are making regarding their foreign assistance policies.

The author is Kitta Hirvensaloor. For more, continue here.
Posted by Deborah Brautigam at 11:38 AM 2 comments: 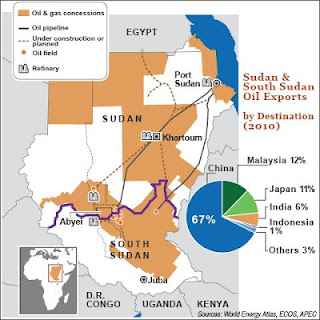 Posted by Deborah Brautigam at 7:55 AM 3 comments: