Sinohydro and Human Rights in Honduras

On March 3, 2016, Berta Cáceres, the award-winning Honduran environmentalist who led the activism against the controversial Agua Zarca hydropower project in Honduras was murdered in her home. Chinese engineering giant Sinohydro pulled out of the controversial project in August 2013.

Sinohydro explained their move in an official letter responding to a human rights group:


Following the official competition bidding process, we, Sinohydro Corporation Limited, signed the Contract Agreement on November 16th, 2012, with [Honduran private firm] DESA as the Employer for the construction of the Agua Zarca Dam Project. ... Right from the very beginning of our mobilization, it was noticed that there were serious interest conflicts between the Employer of the Project, i.e. DESA, and the local communities, which were treated as unpredictable and uncontrollable to the Contractor. Therefore, Sinohydro Corporation Limited instructed to suspend all the site performance and ongoing preparations, and demobilized all his manpower from the project site on July 15th 2013. On August 24th, 2013, the Contract Agreement between Sinohydro Corporation Limited and DESA was agreed officially to be terminated.

No one has yet been arrested, but suspicion is high that the project owner, Desarrollos Energéticos, S.A. (DESA), was involved.

Sinohydro's role on the project has been mis-reported. Even several years after Sinohydro left, the project was still being described as a "joint project" between Sinohydro and DESA -- but Sinohydro's role was limited to winning the tender for construction. (A German company, Voith Hydro (a joint venture between Voith and Siemens), was also involved, as was the World Bank's International Finance Corporation.)

Sinohydro should be commended for responding to human rights concerns and leaving the project -- yet the sequence of events leaves something to be desired. Sinohydro: much better to do your due diligence before signing the construction contract, and before mobilizing your team to the project site. Once that happens, you're already in bed with your partner. It's then hard to jump up and proclaim your innocence.
Posted by Deborah Brautigam at 11:10 AM No comments: 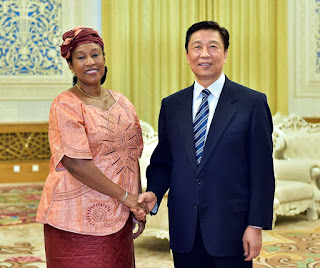 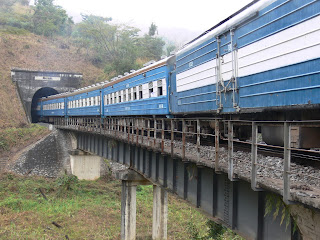 The railway currently being built by a Chinese company across Kenya is using standard gauge, but this wasn't a Chinese decision imposed on Kenya. (For more on Kenya's railway gauge debates, see this link.)
Posted by Deborah Brautigam at 8:32 AM 9 comments:

What Happened to China Development Bank's $3bn Loan to Ghana?

The China Africa Research Initiative (CARI) just published a new policy brief by Thomas Chen analyzing the rise and fall of China Development Bank's large $3bn oil-secured loan facility in Ghana. Chen's brief traces the arc of this CDB loan facility, and the trouble it faced when the downturn in commodity prices, combined with a splurge in spending during an election year, made the Ghanaian authorities reconsider their warm embrace of the facility.

This is a hugely helpful contribution to a fascinating case. Ghana's vibrant press has several times slammed the Chinese agreement: "Ghana Duped!" "Is China Defrauding Ghana?" What went on here? Read Chen's brief to find out.

One of the interesting and important technicalities that the Ghana case reinforces is this: a Framework Agreement is different from a Master Facility Agreement.

A Framework Agreement simply sets out the agreed terms under which loans (or a loan facility) will be extended and repaid. In the case of Angola's credit lines with China Eximbank, as a Japanese study noted:

26 November 2003: A “Framework Agreement” is signed between China’s Ministry of Foreign Trade and Economic Cooperation (MOFTEC) and the Angolan Ministry of Finance. This is the legal basis for the whole credit contracting process between the two states that was to follow in the period ahead. Very importantly, it was determined that the credit line could extend up to US$10 billion, until the end of the reconstruction period.

Importantly, a Framework Agreement is signed prior to any loan being committed. Ghana signed a Framework Agreement in September 2010 but this did not itself create any debt obligations. However, as Ghana found, the Master Facility Agreement signed in December 2011 did create a debt. Moreover, Ghana needed to pay a 1% annual commitment fee on the entire facility, even if it wasn't being used.

Although Ghana's Ministry of Finance and Economic Planning was exceptionally transparent about the details of these agreements, few in Ghana seemed to have read the details published on MOFEP's website. Had they done so, they would not have been so "shocked, shocked" to learn that their government had signed a fairly normal commercial loan agreement.

I'd be interested in views from our Ghanian readers. What did you think about this loan facility?
Posted by Deborah Brautigam at 2:46 PM 5 comments: