China To Set Up a New International Development Cooperation Agency 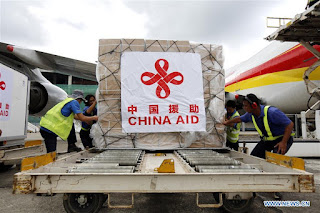 The National People's Congress will vote Saturday on a proposal to set up a new national International Development Cooperation Agency:

This is a move long under discussion. As China's aid has grown, this new agency directly under the State Council will enhance the profile of China's assistance program, and give the agency equal standing with other agencies directly under the State Council. It will resemble Britain's Department for International Development, which has similar standing, more than the US Agency for International Development, which is firmly under the US State Department.

a hat/tip to Sigrid Ekman in Beijing
Posted by Deborah Brautigam at 11:49 PM No comments:

Secretary Tillerson Heads to Africa: and China is (a?) (the?) Focus 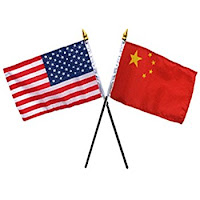 Secretary Tillerson is heading to Africa on March 6th, to Ethiopia, Djibouti, Kenya, Chad, and Nigeria. Although this visit is being framed by some as the Trump administration's response to the fallout from his much criticized recent comment on African countries, it is also clearly being positioned as a response to China's increased engagement on the continent.

A few clips from the special teleconference briefing held for senior State Department officials and journalists March 2, and published on the State website make it clear that State is still influenced by the same mindset that we saw reflected in Secretary Clinton's remarks during her visits in 2011 and 2012. Yet there has also been progress.

The State Department senior official led by mentioning two issues. The first was a general comment on African development challenges. And the second issue was clearly China--though not by name:

When I read that I thought: here we go again. Has the State Department mindset really not changed since 2012? Yet I had to reassess that a bit later, when reporter Laura Koran from CNN asked a question about Tillerson's view of China's role.

Here, verbatim, is the State Department response to the CNN question about China, in italics. (I've highlighted several of the more pertinent sections and added commentary):


Yeah. Okay. So here’s an interesting point is that we, the United States, especially part in – by region. So in the Africa region, we are going to have a heart-to-heart discussion with the Chinese. We’ve invited the Chinese to come to Washington to talk about their programs in Africa.

And so on the one hand, the unhelpful role is the providing low-interest but really concessionary loans which really indebts the country. So for all of us who worked on HIPC – in other words, getting African countries post-colonial period off of debt – to see these countries re-indebted again is not only outrageous and terrible, but for us it’s really just – I mean, we spent so much time getting them off of debt, and to see them to go back on debt is just terrible.

And it goes back to not only corruption in some of these states, but also the ease in which not only China – and you’re talking Russia, Iran, and other countries providing low-interest loans. And this is really kind of another forum of impoverishment and poverty, because it’s – unlike HIPC, we can’t really kind of repay loans back to banks, and so this is going to be a very tough issue to address.

[I agree that debt levels are rising, and with low commodity prices, some countries are having trouble earning enough to repay their debts. Chinese government policy bank loans contribute to that (the major influence, in the case of Ethiopia and Angola). At CARI we have been beating the drum about this recently based on evidence: our tracking of a rising trend in signed Chinese loans.

Yet having worked for the World Bank, done research on debt, and taught about the debt crisis for years, I see debt owed to China as having very different implications for developing countries compared with debt owed to the Paris Club. And in several other countries, we see debt owed more to the traditional lenders: World Bank, supplier's credits, commercial banks, etc.]


The other issues aside too, though, is China builds things. We don’t construct. And so in that regard China can play a helpful role. The other issue, too, is that China has some really good ideas on development in developing areas, such as how to do better healthcare, how to do water production. So those are things that are good. Also China did a good favor for us in Sudan, providing an engineer battalion to provide assistance to the UN operations there.

So when you look at China, it’s a very complex relationship. We have a lot of areas and issues that we’re in conflict, but the issue comes in is that we’re trying to find the areas where we can build some type of support and cooperation that will be to the betterment of Africa. But one area that’s not to the betterment is these loan rates, which is terrible.

[This is more promising and far more positive than in Secretary Clinton's time. Cooperation over common challenges. Acknowledging Chinese contributions.]


So we’ve looked at countries, and we’re doing data dumping. Some – a lot of countries in Southern Africa and parts of the east and west are having anywhere from 50 percent to in one case 200 percent of GDP debt. And 80 percent and 50 percent are probably Chinese loans, and that’s really not acceptable, and that’s an area that we really need to address and focus on.

Hmmm. Our China Africa Research Initiative (CARI) team has data on this. Let's see what they have to say next week.


So when you said “countering China,” I think the better word is probably how are we going to resolve tensions, problems. How can we make China much more supportive of the overall development of Africa. Because what we don’t want to see is – let’s say, for instance, Congo, which is very rich in resources – where you see Russia, China, North Korea, Iran taking out resources, yet the Congolese don’t receive very much in benefits.

How do you resolve that? How do you develop, how do you get these countries to really benefit from the resources that they have, yet at the same time these countries such as China, Russia, Iran is also developing but also they give back a lot to the Africans? And that’s an issue and a question we need to pursue during this trip over.

If I understand what the official was saying here -- and that's a bit of a challenge -- s/he's asking: How do you develop? If we're talking economic development, China has some ideas and some very recent experience. I'm not so sure we have either. But the conversation will be interesting.

Our CARI team is going to try to provide actual numbers on this Chinese debt for the countries where Secretary Tillerson is traveling. We'll be providing a briefing package for media early in the coming week.

Posted by Deborah Brautigam at 11:57 PM No comments: