Guest Post: Should you worry about China's investments in Africa?


In a recent Washington Post article, Hilary Matfess, a research analyst at the Center for Complex Operations at the National Defense University and member of the Nigeria Social Violence Project at Johns Hopkins SAIS, explores what recent news of China’s $20 million worth of arms sales to South Sudan’s People’s Liberation Army last year might mean for our understanding of Chinese engagement in Africa.  Her review of three recent econometric studies concludes that  “China’s investment in Africa is much like that of the United States and Europe,” except that “China spends more in corrupt countries, and its aid is more easily diverted for political ends.” You can read her article here.
Posted by Deborah Brautigam at 9:27 AM No comments: 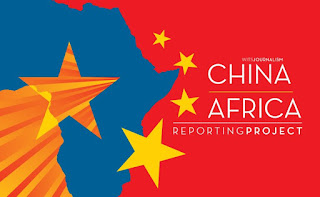 The intrepid China Africa Reporting Project overseen by veteran journalist Anton Harber at South Africa's Witwatersrand University has published a volume of 17 articles penned by some of the 50 recipients of their reporting grants. The entire book, Trailblazers 2015 – Best of the China-Africa Reporting Project can be downloaded here, and individual articles are also available here.

I read a number of these when they were originally published, and was impressed by their quality. The project was launched in 2009 to improve and deepen the quality of reporting on China-Africa topics, which was then polarized between sugar-coated positive stories coming from the Chinese side and pessimistic recycled tropes about neo-colonialism and resource hunger coming from the West.

I wonder if this topic, the rise of China and how this plays out in and for Africa, attracts a certain type of reporter? Nearly a third of the new breed of journalists honored in this collection are themselves part of a diaspora:  the European diaspora in South Africa, Hong Kong, and Namibia and the Chinese diaspora in Mauritius.

Posted by Deborah Brautigam at 10:14 AM No comments:

Excerpt from Will Africa Feed China?


All China Review​ recently published an excerpt from my upcoming book, Will Africa Feed China?, to be published in October 2015. The excerpt is a profile of Yang Haomin, former chairman of Shaanxi province's State Farm Agribusiness Corporation, and his team's efforts to grow rice, maize, soybeans, and cassava in Cameroon​. His story is one of many Chinese agricultural investment cases in Africa that I cover in the book.

You can find the link to the excerpt on the SAIS China Africa Research Initiative (SAIS-CARI) website.

Posted by Deborah Brautigam at 6:51 PM No comments:

Guest Post: It Takes More Than a Million Migrants to Build a Continental Empire

Dunia P. Zongwe, lecturer at the University of Namibia, recently wrote a review essay of China’s Second Continent: How a Million Migrants Are Building an Empire in Africa by Howard French. A summary of the review is below; the full version can be found here. 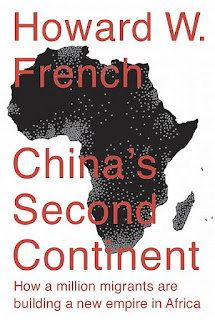 Rich in facts, poor in logic. This phrase perhaps most tellingly describes China’s Second Continent, a book authored by Howard French on Chinese migrants in Africa. In it, the author argues that Chinese migration to Africa exhibits imperial patterns of the past and that it is likely to repeat those patterns in the future. Written in a limpid and elegant style, graced with interesting interviews, fascinating stories, vivid descriptions and profound insights, China’s Second Continent is quite an informative book, which is in itself a good reason to read it. No doubt the book would have been much better if it had done away with its main thesis and the author’s attempts to prove it. This review essay examines the way that the author built his argument.

Howard French’s thesis is flawed on two levels. On a general level, the evidence presented by the author of China’s Second Continent does not prove his thesis. It has failed to establish that Chinese migrants dominate local populations, or that Africans have lost or are losing the ability to resist. It has also failed to provide clear historical precedents for the author’s prediction that the ‘unquestionably peaceful’ migration of Chinese nationals to Africa will, without militarism, be the cause of imperialism. On the contrary, several counterexamples defy this prediction. The evidence is neither internally consistent nor broadly representative of the multifaceted relationships between Africans and Chinese migrants. In essence, the book’s methodology is ill-suited to its own purposes while the hearsay and the anecdotes on which it heavily relies are not generalizable to a wider, future universe.

On a basic level, the problem with French’s thesis is definitional. His notion of ‘migration’ is undefined and erroneously based on race; his definition of ‘imperialism’ is ambiguous and unscientific. Despite the absence of a common understanding of who is a ‘migrant’, the author does not define this vital notion; instead, his definition is based (contrary to normal practice) on race, not nationality. Furthermore, since – in French’s vision of things – ‘imperialism’ can happen in any way, it will happen, anyway. Since French’s definition of ‘imperialism’ is not grounded, it can be implied that his ‘prediction’ is not scientific. It cannot be empirically tested (or refuted, for that matter) and, consequently, people should not regret that the Chinese migrants in Africa will become ‘imperialists’ in the world imagined by French.


[1] Lecturer, University of Namibia. J.S.D. (Cornell); LL.M. (Cornell); Cert. (Univ. Montréal); LL.B., B.Juris (Univ. Namibia). I am grateful to the participants at the mini US-Africa Summit held on Nov. 6, 2014 at the Maxwell School of Citizenship and Public Affairs, Syracuse University. Their questions, comments and criticisms informed this review essay’s final substantive section ‘It takes billions to build African economies’. In particular, I thank Horace G. Campbell for suggesting that I write a review of China’s Second Continent. I am also indebted to Joëlle Bergeron, Deborah Bräutigam, Horace Campbell and Mamoudou Gazibo for their critical and constructive comments on earlier drafts of the essay. The views expressed in this review essay do not necessarily reflect those of the people who commented on the essay and the participants at the Summit. I am solely responsible for the contents of this review essay and its failings, if any.

Posted by Deborah Brautigam at 10:22 AM No comments: