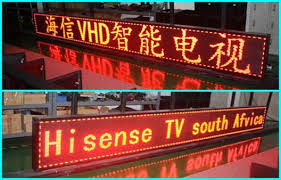 As I feared, the rubbery AidData number of $75 billion in Chinese "aid" to Africa, 2000 to 2011, is now being circulated as conventional wisdom. A couple of days ago, China Daily repeated the number in a story on Chinese aid.

The subtle difference between "aid" and "finance" was lost in the launch of the database (one can hardly blame the media for this, as AidData began their report on the database by asking "How much aid does China give to Africa?" Their own name suggests that they are focusing on official aid, not commercial loans and export credits...).

I also learned that the figure of $75 billion was quoted by another Chinese official at an event at Brookings this week. (h/t to Winslow Robertson). So it will go as this rubbery figure takes on a life of its own (despite any corrections to the data produced by cloud-sourcing). And corrections are badly needed. By my estimates, even including all types of official government-to-government finance from China, the total should be well under $50 billion for the period covered by AidData. The errors are almost certainly not evenly spread across the dataset, which renders it rubbish for cross-country regressions.

If the Chinese published their aid data to Africa, we would have somewhere to go for the official figures. Yet who would listen? The Chinese actually did publish their global aid figures in 2011. They said that over the course of decades, China had committed approximately $37.7 billion in official development aid globally. Likely, about half of this would have gone to Africa. But this figure is now lost in the hoopla surrounding the $75 billion. Why isn't anyone asking the question: is it plausible that the Chinese government would have committed $37.7 billion in aid globally by the end of 2009, and $75 billion just to Africa, by the end of 2011?
Posted by Deborah Brautigam at 9:57 AM 3 comments: 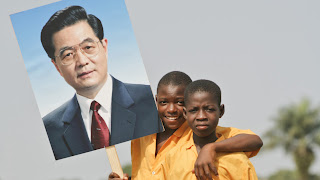 (1) The relatively liberal Chinese magazine Caixin did an interview with me on April 7, 2013.  (Sorry, it's all in Chinese but if you use Google Chrome, it will translate for you).

(2) The stirring video, complete with "Exodus" soundtrack, of the China Eximbank-financed Kribi Deep Sea Port in Cameroon, Phase I. More on Kribi: here. This one notes the problems with compensation, disruption, pollution, and also that the construction is being overseen by Louis Berger, a US company. Interesting.

(3) Chinese companies are increasingly cognizant of the risks they face overseas. That's why it was so interesting to me to see that in December 2012, huge Chinese construction company CCECC joined with British partners to improve its risk-assessment capacities: "With the support of China Commerce Ministry and China International Contractors Association, CRCC, CREC, Shanghai Construction Group, CCECC, CHEC, Sino-hydro and Shanghai Jiaotong University as Chinese sponsors together with ICE, British Imperial College, Mott McDonald Consulting Company and SIP as British sponsors initiated the mission of Sino-British Overseas Projects Risk Management Task."

(4) China's appetite for illegal timber, in a report by the Environmental Investigation Agency.

(5) Good data from the US Government Geological Service on Chinese and Western mining in Africa. Would be useful for comparison studies.

(6) An interesting commentary on the blog "Africa is a Country" : the micropolitics and sociology of Chinese shopkeepers and Basotho media in Lesotho. A hat tip to Winslow Robertson.

(7) A China Africa Project interview with the Western world's top expert on China's Sicomines project in the DRC, Johanna Jansson. This podcast also has Johanna's comments on the AidData debate.
Posted by Deborah Brautigam at 3:28 PM 2 comments: