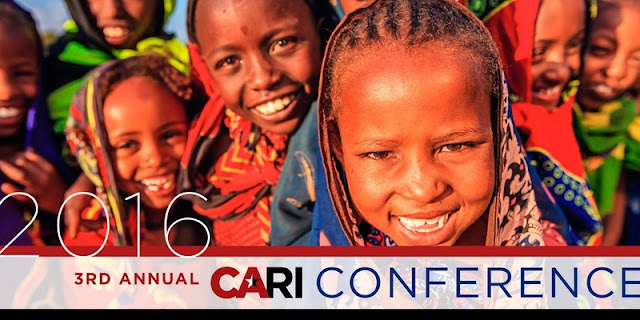 Save the date for our 3rd Annual China-Africa Research Initiative (CARI) Conference, which will be held on October 13 & 14, 2016 at the Johns Hopkins University School of Advanced International Studies (SAIS) in Washington DC.
This year’s theme is “Orient Express: Chinese Infrastructure Engagement in Africa,” and we are pleased to have Dr. Jamie Monson, Professor of History and Director of African Studies at Michigan State University, as our keynote speaker.
The full agenda can be viewed here.To secure your spot at our conference, please sign up here.
Posted by Deborah Brautigam at 11:46 AM No comments:

China's "going out" policy has landed Chinese firms in many high risk environments. Not surprisingly, this has stimulated the growth of private security companies (PSC) "with Chinese characteristics." The first private Chinese security firm to operate overseas was, apparently, a Ningbo company, in 2004. Although most of these companies operate in truly high risk areas such as Iraq or Afghanistan, they are also increasingly present in places like Kenya.


"The demand is huge especially as more Chinese enterprises will go abroad inspired by the Belt and Road initiative. We are now trying to expand our business to more countries, including Pakistan and Bhutan," one company told the Global Times.

Apparently, however, Chinese law prohibits citizens from having weapons overseas. As Global Times notes, "the biggest obstacle to Chinese PSCs going abroad is the fact that the government does not support their efforts."


According to China's Criminal Law, those who possess weapons overseas - even if they are doing so according to a foreign nation's laws - may face a maximum sentence of seven years in prison. As Chinese PSCs are banned from sending staff abroad, PSCs' security guards are technically employees of clients, rather than PSCs, once they are sent abroad.

h/t to Ying Xia.
Posted by Deborah Brautigam at 8:47 AM No comments: