China and Zimbabwe: After Mugabe 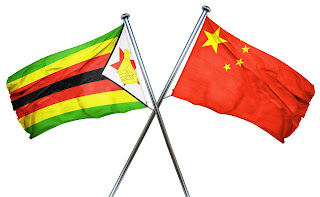 What is China’s role in the downfall of Robert Mugabe? As Zimbabwe’s major investor and provider of development finance, China has considerable interests in the country’s stability. Yet it is highly unlikely that there was any official Chinese involvement in Robert Mugabe's resignation and the end of his 37 years in power. Beijing would have little to gain and much to lose from becoming directly involved. Why is this the case? And how is Mugabe's resignation likely to affect China-Zimbabwe relations going forward?

First, Chinese leaders have a long-term mindset and China’s domestic politics is always foremost in that mindset. Direct involvement in even an informal coup would break very long-standing principles that are part of China’s core foreign policy — and it would signal that “interference in the internal affairs of other countries” is acceptable. Beijing does not want, in any way, to promote this idea. It is far more likely that they sat back and waited for Mugabe’s endgame to be played out by Zimbabweans -- which is what appears to have happened. And then they would move smoothly to befriend the official winner. This is what happened, for example, in Zambia when Michael Sata, an outspoken critic of Chinese investment, was elected as president in 2011.

Second, even though many consider Zimbabwe a "client state" of China, Zimbabwe in fact receives relatively little official finance from China's two policy banks, the China Export-Import Bank (Eximbank) or the China Development Bank (CDB). Zimbabwe was one of the first countries in Africa to receive China Eximbank policy loans in the late 1990s, but the country defaulted on these early loans, and  Eximbank had to turn to Sinosure (China's export credit insurance corporation) for reimbursements. As a result, both policy banks have been reluctant to lend more in subsequent years, despite repeated requests. Zimbabwe does not even rank in the top 10 of Chinese loan recipients in Africa in terms of aggregate loans received from China between 2000 and 2015.

Further to this, as usual, some news media have misunderstood the difference between "under discussion" and actual loan agreements. For example, the Zimbabwean government has been negotiating with China Eximbank over the past three years to borrow approximately $1.2 billion USD in preferential export buyer's credits for the expansion of the Hwange Coal Power Plant. China Eximbank set 15 conditions that Zimbabwe had to meet in order to sign the loan agreement, with a critical condition being that Zimbabwe raise 15% of the contract cost. There is no loan, at least, not yet. To put this in context: discussions about rehabilitating Hwange with Chinese cash have been ongoing since at least 2008. (On how African state media trumpet expectations of Chinese largesse while Chinese state media are more realistic, see our post from 2016 on Zimbabwe: "China and Africa: Venus and Mars.")

Third, unlike Angola, which is of strategic value to China -- 12% of China's crude oil imports in 2016 are from Angola -- China does not rely on any sort of Zimbabwean exports of anything. As a result, instability in Zimbabwe, political or otherwise, is of much less concern to China than instability in Angola. China was willing to renegotiate the loan terms with Angola in mid-2015 when low oil prices made repayment difficult for Angola, even issuing more credit lines to float their economy. In contrast, when Zimbabwe failed to repay their loans, China simply reduced lending to a trickle.

Finally, China (CCP) and Zimbabwe (Zanu-PF) do have strong party-to-party ties, and military engagement is also cozy. It is not clear whether this is a strategic coordinated partnership directed by Beijing. Some evidence suggests this, in particular the state visit by President Xi Jinping in late 2015, the Zimbabwe involvement of Norinco, a centrally run military corporation, and the relatively high proportion of military-related loans over the past 15 years in the existing portfolio. Most of the loans for military equipment (mainly aircraft) were taken out around a decade ago and appear to be suppliers' credits rather than Eximbank or CDB loans. On the other hand, a concessional Eximbank loan of $98 million did help finance the construction of Zimbabwe's National Defense College. We wrote about this in a post in 2011. This loan is an interesting example of central support (Eximbank) for a business initiative organized by a Chinese province: Anhui. This loan was secured by profits from a joint-venture in diamond mining between an Anhui company and the Zimbabwe military.

Zimbabwe's military and Anhui province have a strong relationship organized largely around greed and opportunism: Zimbabwe's military leaders have partnered with Chinese construction companies, mining firms, and farming companies from Anhui Province (the latter as I discussed in my latest book: Will Africa Feed China?). Multiple stakeholders in China complicate China's economic statecraft.  I do not know the extent of personal ties among the Anhui Province companies and the new leadership in Zimbabwe, but I expect that they are likely to be quite good. This "mutually beneficial relationship" would be an interesting angle to investigate further.

How will ordinary Chinese investment be affected by Mugabe's resignation? Probably not at all.  As we wrote here in 2014, Chinese companies have also been affected by Zimbabwe's indigenization law which requires 51% of large investments to be locally owned. (See also a great 2016 analysis on this by Yun Sun.) There isn't any indication yet that Zimbabwe will reverse this legislation.

With appreciation to CARI's Jyhjong Hwang for her contributions to this analysis.