Last week China International Fund, the murky Hong Kong real estate, construction, and investment company, hit the news again with a confirmed report that CIF had signed a preliminary agreement to finance $2.7 billion in infrastructure connected with the development of Australian company Bellzone's proposed $4.45 billion Kalia iron ore mine in Guinea. A $40 million feasibility study still needs to be done before the deal goes forward.

This appears to be part of the $7 billion in infrastructure deals that CIF had been negotiating with the Guinea government last year after the coup, and before the massacre of more than 100 Guinean opposition demonstrators at the national stadium. (This $7 billion has been described in many reports as "Chinese aid" with the spin that "China" stepped in when the West was about to sanction Guinea for the murders in the stadium. See my earlier post Guinea: Bought by Beijing? for a different take on that story.) 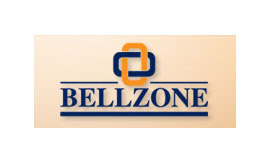 On the surface, this new deal resembles the earlier MOU laying out a likely deal between Chinalco and Rio Tinto, discussed in my blogpost: China and Rio Tinto in Guinea: A Wild Courtship. In both cases, the Chinese/Hong Kong company agreed to finance (and build) necessary infrastructure associated with the mine. In both cases, the MOU is preliminary and needs to become a signed deal down the road.

But the two deals differ in some critical details. In the Rio Tinto deal, Chinalco, a very reputable Chinese mining giant, becomes a joint venture partner, a junior shareholder, developing the mine as a partnership. In the Bellzone deal, both companies will set up a joint venture for the infrastructure, with Bellzone becoming the junior partner with 10% of the stake. In addition, they will also set up a joint venture to later exploit another concession held by Bellzone, with shares at this point said to be 50:50. However, Bellzone will develop Kalia itself. CIF, which is not a reputable Chinese company, does not become a joint venture partner at Kalia.

It is not clear how the $2.7 billion will be financed. Where will CIF gain access to this kind of money? CIF had a lot of problems securing the promised funds for its operations in Angola. Are Beijing banks involved? No word on this yet (and I think it would be a first for CIF if this happened. Their past projects have been funded mainly by European and Hong Kong banks).

Finally, there is a huge unanswered question here. Why would CIF simply "give" Bellzone $2.7 billion worth of infrastructure, in return only for rights to buy the output --- at market prices --- and shares in several other not-yet-developed concessions, and without gaining equity in the Kalia mine itself? This is very different from the Chinalco-Rio Tinto deal, and also different from the Gecamine deal in the DRC. Most large Chinese projects with big infrastructure deals have involved loans, which are then repaid with resources.

Bellzone's Managing Director described CIF as "a highly regarded group of companies with a proven track record of developing large infrastructure projects in Africa..." China-in-Africa watchers know CIF as a dubious, murky, problematic Hong Kong company that had great difficulty coming up with the money for its promised projects in Angola and elsewhere.

If I were a shareholder in Bellzone, I would want to see a lot more proof about these projects. There are too many outstanding questions about this deal. Readers' thoughts are welcome. I am currently traveling in South Africa and posting on the run ...
Posted by Deborah Brautigam at 11:24 AM