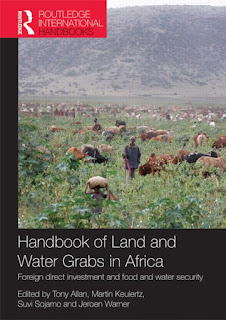 Ask the Ethiopian government which private companies they have rented vast acreage of farmlands to.

You would be surprised.

None of those companies was from China.

Ask the Congolese government (and the Sierra Leone government, the government of Ivory Coast), to which companies they have awarded hundreds of thousands of prime forest land for logging and for planting of palm oil trees.

Again you will be surprised. None of the companies are from China.

I would love to hear your perspective on the supposed "Baoding" farms cited in an older study (2009) by the AfDB (here: http://www.afdb.org/fileadmin/uploads/afdb/Documents/Financial-Information/Foreign%20Investments%20in%20Africa’s%20Agricultural%20Land%20Implications%20for%20Rural%20Sector%20Development%20and%20Poverty%20Reduction.pdf). I would suspect that there is nothing formal about them, however, the report seems to imply they are a purposeful manoever and part of this so-called 'land grabs' issue. Given your findings published in African Affairs and in this book, I am intrigued about this claim.

Thank you and keep the great work coming!

Hi Victoria. Although this is an AFDB publication, consider their sources: two media reports. I have investigated this Baoding story in my book, and also in an article in China Quarterly with Tang Xiaoyang (who took a trip to Baoding to interview the self-promoting Chinese entrepreneur who has made all the claims of Baoding villages). There is no substance to this story. Indeed, as I wrote, Chinese bloggers were the first to be suspicious of these claims: "Baoding Villages: Where are you?"