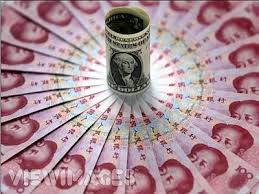 If those figures don't include concessional numbers then they understate quite a bit the amount of aid that is given. What is the motivation on the part of the Chinese government for going overboard in understating its assistance?

@Anonymous: The budget figures don't include the concessional loans because there is no central budgetary outlay for these loans. They are funded via bond issues, repayments of older loans, and profits, equity shares from the central govt, and so on.* The only central budgetary outlay would be the subsidy that allows the interest rate to be lower. This has been included in the past, but in the last few years, I'm told that China Eximbank has been able to cross-subsidize the lower interest rate on the concessional loans from its commercial loan profits.
This data from the China Statistical Yearbook is simply what is budgeted/spent in each year. It is not, in my view, an understatement. In fact, it's more honest. Donors that still give loans, like the World Bank, list loans as equal to grants in their statements of new funding commitments. This overstates the real value of their aid. For example, see this press release: http://www.worldbank.org/en/news/press-release/2013/07/25/world-bank-mobilized-record-support-for-africas-economic-growth-and-development-prospects-in-fy-13
----
*For an explanation, see http://english.eximbank.gov.cn/businessarticle/activities/fund/200905/9402_1.html

Hey, why do you allow anonymous comments on your blog? Even if you did underestimate things, it was surely not by 187 billion (he, he). In any case, bravo for knocking down some more never ending nonsense!!!!

Hey Dwayne, thanks. It's a lot faster to comment anonymously if you don't have an account with Google. Anyone can post, without going through the hassle of joining. I do moderate the comments -- to stop spam.

I have read your Dragon gift book. That really opens my eyes and how business in Africa is getting along with China.

"Surprisingly, garment imports from America, the second-hand clothing called mivumba in Uganda, salaula in Zambia, seriously bruised the infant clothing industries in Africa. The dated blouses and old jeans that you gave to your local charity are as likely as not to end up pressed into bales, packed into a container, and sold wholesale to African market women. The United
States is one of the biggest exporters of used clothing to Africa, something that should not surprise anyone who has wondered where on earth a rural Kenyan teenager obtained his Che Guevara t-shirt."

But it seems every time news of China from bloomberg, washington pop up, they all have some forms of errors in monetary issues, currency exchange and such. In this case, I wonder "Why don't they hire some professional to work on those report?"

Or their employees expertise are placed wrongly in terms of reporting? But they keep doing such thing? Or it is too much for those Journalist to hire a Ph.D graduate who could easily work on those affairs?