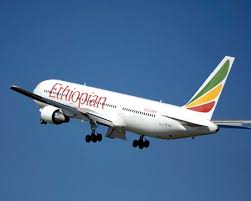 ICBC was already a junior loan partner in the B777-200LR freighter deal - See more at: http://www.geeskaafrika.com/china-ethiopian-airlines-to-finance-boeing-aircraft-purchases/3456/#sthash.U2mbfXvn.dpuf
Posted by Deborah Brautigam at 9:01 AM

Previously such aircraft deals would have been done by the US EXIM Bank, but seems that Ethiopia prefers ICBC in China , maybe the rates are better !

When I read that sentence I almost fell out of my chair !

If USA has been such a "wonderful donor" why is it that Africa has remained so under-developed ?

I mean, before the current push from China into Africa, for more than 60 years (since the late 1940's) Africa had been receiving all kinds of "donations" and/or "aids" from the Western countries, and for 60 years the West has been intentionally retarding the development of the African continent

Furthermore, the West has purposely structured their programs to make the Africans so ever more relying on the Western aid

Instead of helping the African to farm, the West gave them food

Instead of helping Africa getting educated and keeping the brains INSIDE Africa, the West has been actively encouraging the brainy Africans to move to the West - thus leaving the people in the African continent backward

Are these the way the Americans want to teach the "Chinese", on "how to be better donor" ??

You may want to read a new report by Bloomberg