Chinese in Mauritius: Going the Way of the Dodo? 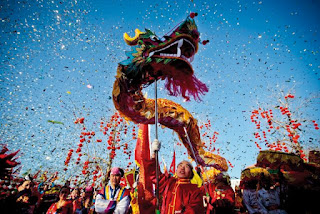 Journalist James Wan writes about the venerable Chinese community in Mauritius in his latest article for New African magazine: "Meet Africa's Most Integrated Chinese Community"  (June 15, 2015).
Since 1999, making at least five research visits, I've spent more than 12 months in Mauritius, and wrote about the Chinese there in several early articles. The Chinese connection was critical for the country's industrialization. Many Mauritian companies today are headed by ethnic Chinese, including CMT, one of the largest textile firms. The legendary Hakka town of Meixian in Guangdong is the origin of many Mauritian Chinese. James gives us a glimpse of the possible future of other Chinese settler communities in Africa: thriving economically, marginalized politically.

h/t to Winslow Robertson
Posted by Deborah Brautigam at 9:31 AM