What are Taiwan, China, and the United States Doing in Somaliland? 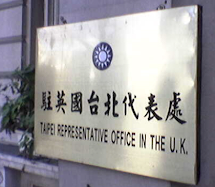 (revised August 20). Taiwan has been courting Somaliland, a breakaway region of the failed state of Somalia. As Wikipedia puts it, "Somaliland, officially the Republic of Somaliland, is a self-declared state, internationally considered to be part of Somalia."

Some were wondering if China would react with a heavy hand.

I originally thought they would ignore it. But that didn't happen. As Eric Olander has noted at the China Africa project: China's response was delayed and so far remains rhetorical, but they took (sharp) notice.

Why did China not ignore this new office, as it has Taiwan's establishment of representative offices around the world? This is not simply a Taiwan-Somaliland-China-Somalia dispute. It involves the US. And it involves Hong Kong.

What Happened in Somaliland?

What happened in Somaliland was Taiwan's establishment of a representative office, not an embassy. This is common practice for Taiwan around the world in the countries that have switched recognition (i.e. official diplomatic ties) from Taiwan to Beijing. (The photo here is courtesy of Wikipedia and shows a similar office in the UK.)

Taiwan has had a representative office just like this since 1979 in Washington, DC and in 12 other locations around the United States. It has similar offices in at least 57 other countries that are important for Taiwan's trade and consular activities.

Beijing doesn't fight these, aside from pressure to have them located in commercial centers (e.g. Lagos, in Nigeria's case) rather than diplomatic capitals (Abuja). After all, despite the tension of geopolitics, the island and the east coast of China 100 miles away have had their own thick web of family and business ties: around $180 billion in cumulative investment from Taiwan into China as of 2019. The world has welcomed investors from Taiwan, and trade with Taiwan, just as China has.

It's no doubt annoying to Beijing, but the office established in Somaliland (a region of the legally recognized state of Somalia) is juridically no different than the 12 regional offices Taiwan has in the United States. Or the dozens of similar representation offices in Nigeria, South Africa and around the world. It was not the act of a sovereign state.

Then why did Beijing react so strongly this time? It's about the United States, and it's about Hong Kong. Somaliland (like Hong Kong) was originally a British colony, “one of Britain’s least rewarding possessions”.  The timing of the Taiwan courtship, and the US connection to this, has to be seen against the background of China's recent crackdown on Hong Kong's hopes for increased autonomy.

About the United States role, here's Taiwan's press release on the opening of the office: "Taiwan’s Minister of Foreign Affairs Joseph Wu (吳釗燮) posted on Twitter on Aug. 9 to welcome [the arrival of Taiwan's representative in Somaliland] and thank the U.S. National Security Council for its positive feedback on the emerging ties between Taiwan and Somaliland."

It's helpful also to remember--especially these days as we seem to be sliding blindly into a new Cold War--how the Taiwan-China diplomatic struggle came about, and the role the United States played. So here's a quick history lesson.

Appendix: Short History of US-China-Taiwan Relations and Why it Matters for Africa

I lived in Taiwan from 1979 to 1980 doing four hours a day of intensive Mandarin and teaching English to support myself. I remember this as one of the happiest years of my life. But my time in Taiwan was also a time of great uncertainty for the island.

At the end of 1978 the United States had finally established diplomatic ties with Beijing, breaking them with the Republic of China (Taiwan). The US withdrew the large military garrison we had established there. No one was sure what would happen next.

It seems to be largely forgotten in Washington today that the "Taiwan issue" was jointly created by Japan, which took the island of Taiwan from China in 1895 after attacking the crumbling Qing empire (see 1895 Treaty of Shimonoseki) and the United States, which used our naval forces to (peacefully) intervene in the Chinese civil war during the 1950s.

Here's a quick reprise of our US role.

In 1945, after losing World War II, Japan returned the island of Taiwan to China, then governed by the Kuomintang (KMT, the National People's Party), which was fighting a civil war against the Chinese Communist Party (CCP).

In 1949, when the communists were about to win the war in China, the KMT fled to Taiwan, 100 miles offshore.

In 1950, after the outbreak of the Korean War, the US established a naval blockade between Taiwan and mainland China, sending the Seventh Fleet to patrol the Taiwan straits. We then signed a mutual defense treaty with the KMT in Taiwan. We organized an international trade embargo against China that lasted for 21 years (Nixon lifted it in 1971). And between 1949 and 1971, the United States blocked Beijing from taking the China seat in the United Nations, keeping the KMT government artificially propped up as "China".

So why does all this Cold War history matter for Africans?

First, it was largely the African governments of countries emerging from colonialism in the 1960s that provided the votes in 1971 that enabled Beijing to be seated at the United Nations. The 54 legally recognized countries on the African continent were (and remain) hugely important in China's diplomacy.

Second, the Cold War, of course, is no longer a distant memory. And the fingerprints of the Trump administration are not a mystery in the Somaliland story.

Let's hope that the ripples from this little story in far away Somaliland do not go down in history as one of the first shots of something worse than a cold war.

It can't be repeated often enough that in the Cold War as it was fought across Africa--from Mozambique to South Africa, from the Congo to Angola--there were no winners when the elephants fought. The grass was trampled.

This post was revised on August 20 to reflect the Chinese reaction to Taiwan's move and to note the relationship between current events in Hong Kong and Somaliland's historical status as a British colony.

Posted by Deborah Brautigam at 11:14 AM

Thank you very much for knowledge based facts about infant stage relations of Taiwan and Somaliland.