Australia and China: What Can Africa Learn?

I"ve been in Australia since last Friday, participating in the launch of China Update 2011: Rising China, Challenges and Opportunities at Australia National University and having meetings with AUS government officials. It's fascinating how the Australians view their relationship with China, their major economic partner. As a resource-rich country, Australia has been the target of enthusiastic trade and investment interest by Chinese firms. It's been a politically contentious relationship, but Australia has by and large managed it very well (although one prominent Australian academic here called the govenment's new screening policy toward investment from 'state-owned enterprises' bumble-footed.) 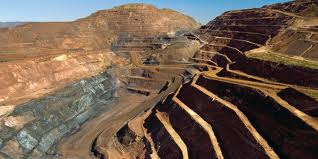 Some Australians have moved up the ladder inside Chinese firms. Australian Andrew Michelmore, a former Rhodes Scholar, now the highest ranking foreigner working for China Minmetals Group, said in a July 4, 2011 interview with Businessweek:


The myth is that the [Chinese] government goes to company X and says, ‘Company X, I want you to go and buy that asset over there and pay whatever you want for it because we want it,’” said Michelmore, who won a gold medal at the 1974 World Rowing Championships. “Not at all,” he said in an interview in Hong Kong. “There is this incredible competition in China, they are businesspeople competing against each other.”:

What can Africans learn from the Australian approach to China? A lot, I imagine.

A hat tip to PKU African Studies Program.
Posted by Deborah Brautigam at 7:47 AM

This may be off topic, but Kenya recently launched its Open Data Initiative website. It aims to provide the public with information on Government activities.

Similarly, Nigeria signed the Freedom of Information (FOI) act into law a few months ago. So any researcher requiring information on Chinese transactions with the Nigerian government should (theoretically) be able to obtain it. (I don't know whether it is limited to Nigerian citizens).

In summary what I get from the above;
The Chinese / Australian trade relations are handled properly by the Australian Government but are still sensitive.
Mr. Michelmore, senior manager of Minmetals, argues that it is "business as usual" for a Chinese SOE.
The title was "Australia and China: What can Africa learn?"
And the final conclusion: "What can Africans learn from the Australian approach to China? A lot, I imagine. "
Possibly someone can help me, but it beats me what you can conclude from this information?
dan

Was lovely to see you in Australia, hope you enjoyed your stay! I think Australia is very aware of the importance of its relationship with China, given that it is situated strategically between the East and the West, but there is a feeling that we have to keep working hard on the relationship as Australia's economic prosperity is now intrinsically tied to China's growth. There are definitely some similarities that can be drawn with the China-Africa engagement, particularly given Australia's resource driven economy and Chinese investment in infrastructure and the mining sector. Some of the points where we may see some friction in the future though could be in the agriculture sectors. There's suspicion and concern from some in Australia as Chinese investors buy farmland here, given we are prone to drought and there are broader concerns about food security in the Asia-Pacific and increasing food prices. Water is a huge issue, as it is our scarcest resource and is administered in some catchments through water trading systems. The leader of the Australian Greens (Australia's emerging 'third party') this week was expressing his view that water should not be able to be purchased by foreign entities. Most people are pretty happy for China to buy up coal and iron ore, give us more money to build the things that we use to rip that stuff out of the ground, and to come study at our universities, but as the relationship expands to other types of investment, we may see some new sensitivities arise...

The initial question of the article remains unanswered: what lessons can be learned by Africans from the Chinese/Australian trade relations?
Incidentally, the exchange rate of the AUD is at its highest since it was allowed to float in 1983 and has increased by 75% against the USD since the financial crisis.
This fixing happened no longer in Australia but in Beijing.
In the near future it will be the fight against the Chinese inflation which will determine the AUD ...
Do Australians feel comfortable with this situation?
dan