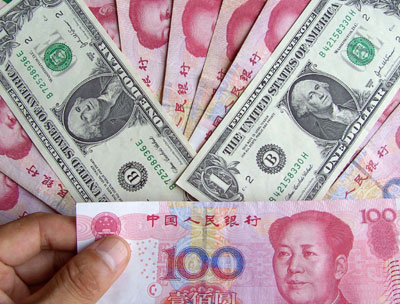 So, what is your point, or the purpose of this article? As the old saying goes, "Are you bragging or complaining?"

Yes. You are right. It is a translation error. The real number is US$100 billion which was introduced by Premier LI Keqiang when he delivered a speech at AU headquarters last May. Its Chinese version is 1000亿美元, which equals to US$100 billion. As Chinese investment stock in Africa is US$25 billion by 2014, the actual goal is to invest US$75 billion in the following 6 years. I think it is reasonable.

You can watch full speech video at http://secure-web.cisco.com/1fJu6GWl0EZUOIh0Z28QqkBY8ly6Ixf6qxRE1VRyNj3TFSip8TXMTLFBWEQXqgtDSQUj5_QyBstbEXJ8FslqC1nml3bdcqt3T0124tA1v2_JE95s-aWSx1m0A9ZU4GZRoQw3kQB5d_zElrSKQPdY7rcJA_ov2Sam-M6lCaDPP_JDAyrMQLs6ouKkEmBJWGfBI6y_bOEoFrXssHdIyMwRJUWLjYI7D71TTEY70uIQ8UPI/http%3A%2F%2Fenglish.cntv.cn%2F2014%2F05%2F06%2FVIDE1399330321280142.shtml

The former Chinese Special Representative to Africa and Ambassador LIU Guijin also explains how the goal will be met in a interview. Here is the link (in Chinese) http://secure-web.cisco.com/1O7gGEpHtRZZMLVQPJ2mdHWKYIZ_smzMqQARtf-XnRfldGqysrxAcG8JtLJBhgyHcxmOys9rFHuxMTKQIC1z4E7AG_fysUrQyHij-VXUEMowmoGqJgtF8TrMflx2j8uhyWLxEp94PaQqk-omxSWmIpZjylH2qjBn_pcFYeR7c0I31eQj47HEWqU-TsMdOyGf-ydDW9uKOY841--gL6I-bPpQ8dmfp5pEwU9kGomOqH-mYNbltl0Dlvye3sfSvwAMx/http%3A%2F%2Fwww.chinairn.com%2Fnews%2F20140509%2F09192581.shtml

The "anonymous" comment above was sent by Jerry CHEN from the African Studies Center at Zhejiang Normal University. Much appreciated.

Here's a 2013 estimate from a Latin America focused investment banking analyst: https://lnkd.in/erdFuD3
The focus of the presentation isn't Africa. The estimate for Africa of investment originating from China is 3.4 billion USD (pg 5). This is surely too low of an estimate but goes to show how wide apart are estimates of where ODI from China goes.


I am Xiao'ou Zhu. The Eximbank of China clarified that it is an unreal report, and there is no position within Eximbank called country risk analyst. Here is the Chinese link:
http://www.eximbank.gov.cn/tm/medialist/index_23_23380.html

However, certain contractors do have the strategy to leverage subsidized loans from Chinese policy banks to get commercial loans from private investors, not only from mainland China. Sometimes, it’s a firm development strategy to boast in Media… Yet in the press, everything is generalized as ‘China’...

Signage for the ShanDong ZhongJiao Navigation Engineering Co.. stands at an entrance to the construction site of a new port near Boke, Guinea, on Tuesday, Sept. 8, 2015. Building the port only took about eight months and allowed China Hongqiao Group Ltd.’s project to start shipping in July.

State-run development finance is behind 80 per cent of infrastructure funding in Africa, with China heading the list of investors, according to a report.
Despite steady growth in private sector funding in the past decade, the grip of the public sector could tighten further, with the Export-Import Bank of China having pledged $1tn to Africa in the coming decade, according to analysis by Baker & McKenzie, a law firm, and the Economist Corporate Network.


firstFT
FirstFT is our new essential daily email briefing of the best stories from across the web
The Chinese lender’s pledge, if it materialises, would dwarf the investment flows currently provided by all public and private bodies globally.
....etc

Yes ... Which goes to show how spectacularly wrong some analyses of Chinese engagement in Africa continue to be!