The debate about the cooperation agreement between Congo and China at the Brussels symposium on the 27th of May, 2011 was very instructive. 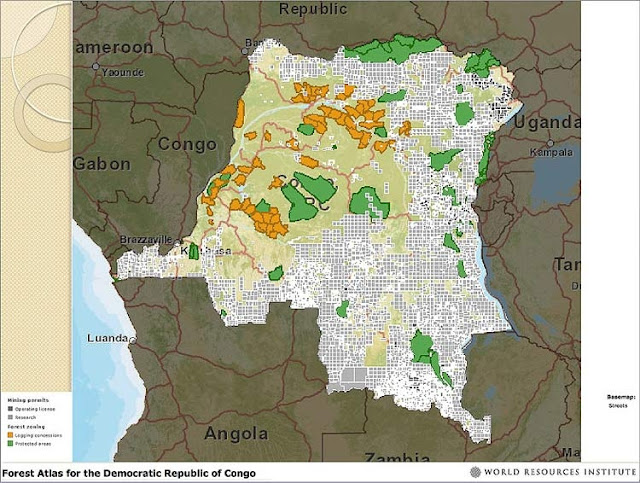 This agreement is not about charity or aid; it is a form of economic cooperation on a capitalist basis, in that investors make a country pay for the risks they take. Congo will pay with minerals, the market defines the price of the minerals and the Chinese companies involved come to Congo to make profits.

As a leftist, it is not my spontaneous idea of economic cooperation. But I try to understand this situation. I've lived in Kinshasa for a year and I have been studying the country since the 90’s. Colonialism and neo-colonialism have imposed enormous challenges on the Congolese people and confront the Congolese leaders with hard dilemmas: which choices should they make to go forward?

For me it is clear that since the fall of the Mobutu dictatorship, there is a strong tendency among Congolese leaders to advance in an autonomous way and to get rid of the paternalistic tutelage of the old colonial and neo-colonial masters. The cooperation convention between Congo and China is one of the key dossiers in this perspective. The main question here is: will this contract be a real step forward for the Congolese people or will it make them suffer for another generation?

It is astonishing to see how much hostility this deal has provoked among people who see no problem in Western economic and political cooperation with Africa that until now left the African people with no real benefit.

Professor Marysse is certainly one of the few Belgian scholars who have thoroughly studied the Zairian and later the Congolese economy. He knows how deep the economy of this country has fallen under the neocolonial dictatorship of Mobutu. I understand and respect his anxiety for the future of the DRC. But some of his arguments [ed. summarized in this article] make me wonder if these feelings do not push him into exaggeration on different aspects of the Congo-China agreement.

For example: Professor Marysse compares the guaranteed rate of return of 19% of the Congo-China agreement with the annual profits of the colonial enterprises under Belgian colonialism between 1906 and 1960, which according to Marysse stood at an average 6%. For this figure of 6% he referred to a study by Frans Buelens (Congo, 1885-1960, een financieel economische geschiedenis, EPO 2007) who studied the profits of colonial enterprises.

I recalled much higher profit figures in Bruelens, and so I checked Buelens again.

In Buelens' book the figure of 6% only appears as an average for all the sectors for the sole year 1960, the critical and crisis year of Congo's independence. For the mining sector, he gives much higher profit figures, year after year.

I summarize one of his conclusions: “One inevitably comes to the conclusion that the mining sector had the biggest returns of all economic sectors [emphasis added]. In the top year 1951 the mining sector obtained a return of 49%, compared to returns of more than 20% in other sectors. Agriculture (plantations), banking and insurance and construction in particular made spectacular profits. But the mining sector obtained a return of 63.4% in the year 1937, after the thirties' crisis. The global list of figures leaves us with a spectacular impression: the Congolese enterprises were among the most profitable in the world.” (Buelens, pp. 584-585)

So, it is my view that, Professor Marysse should compare apples with apples and, in this case, compare the results of the mining sector under colonialism (an average of 27,7% for the 39 years between 1922 and 1960 according to the calculations below)/2 with the (guaranteed) rate of return of 19% put forward in the Congo-China agreement.

It would even be more telling and accurate to compare with other contemporary agreements. For example, let us examine a document on the Kolwezi Tailings Project (KTP)/1, dated March 30, 2006 and published by the mining company Adastra Minerals, formerly known as American Mineral Fields. Adastra then held 8.6% of the shares of KTP, the rest was in the hands of First Quantum. (p. 39)

On page 8 of the document Adastra guarantees a profit of 29.2%. In the financed case the document predicts even a return of 40.4% for the Adastra shareholders in KTP.

Another example: Professor Marysse compares the value of minerals promised in the contract with the investment. According to his calculations, the Chinese parties obtain minerals for a value of between 34 billion and 83 billion dollar, according to the benchmark price, whereas they invest 6 billion dollars. But I do not grasp why the professor doesn’t speak about the costs of production? It must cost a lot to produce 400.000 tons of copper for 20 years.

Moreover, let’s compare the investment versus output of the Chinese contract with that of the above-mentioned Kolwezi Tailings Project of Fist Quantum. On page 8 of the mentioned document we read that the KTP is about a "Mineral reserve of 112.8 million tons at 1.49% copper" and that the investment in KTP is 305 million dollars.

No wonder, the Congolese government demanded to renegotiate the First Quantum contract after the famous review of the mining contracts (the famous ‘revisitation des contrats miniers”). And it canceled the contract when First Quantum refused any negotiation.

I fully understand why my friend Martin Kibungi was so angry about the accusation that Congolese authorities are not competent and have lousy negotiation skills. Martin is a civil society activist, but professionally he works in the government's Planning Department and each year he contributes to draw up the famous PRSP (Poverty Reduction Strategy Paper). So he is well aware of the pressure that is coming out of institutions such as the IMF or the World Bank. And he knows that the Congolese authorities’ biggest problem is that they are in a weak negotiating position, the problem is not their skills or lack of competence.

The real problem in the mining sector is that the mostly Western mining companies are not willing to cooperate and start production in Congo. The map accompanying this text shows this very clearly. The gray areas are the territories where the companies have exploration licenses, the very few dark spots are the exploitation licenses.

This map tells a lot of the problem the Congolese government is confronted with. The mining companies are taking hostage two thirds of the immense territory of the DRC. Will they ever start producing there? Only when it is in their interest and profit. The Congolese people are supposed to accept this reality and wait. The decision to start producing is taken abroad in a far away country, by boards of companies with budgets higher than the Congolese state budget, and they can pay lawyers and specialists to impose their will on the DRC.

And we saw the judicial and media war First Quantum waged against the DRC’s government since this government canceled the contract with First Quantum: with the help of the Canadian Government the Firm succeed to postpone the cancellation of the debt of the DRC for 6 months. And many Western media repeat blindly that the contract was canceled “because First Quantum refused to pay bribery to Congolese officials”.

At the conference in Brussels someone complained to me about the intervention of Paul Fortin at the symposium. Mr Fortin was charged by the World Bank to run Congo's state-owned mining company Gécamines between 2005 and 2009. At the conference, he disappointed attendees by providing only a general statement that the Sicomines contracts would continue to evolve, like a marriage or a symphony. The person who approached me thought Fortin's intervention was cynical.

I personally regret his intervention was much too short, but Fortin had a very important message. He said that the mining operations are on Congolese territory, so Congo had to sign an agreement first but afterwards there will be a lot of changes and perhaps improvements to this agreement. Is this cynical? According to Fortin it is the Chinese who are in a weak position: they have already started their construction works, but production of copper will begin at the earliest in 2014, this is in three years time. What if Congo's political landscape changes in the mean time? What if the opposition leader Etienne Tshisekedi wins the next elections and breaks the agreement, as he has promised to do? Will China invade Congo with its army, as the West has done when its economic interests are challenged?

But above all, Fortin put his finger on the real challenge the Congolese government tried to solve when signing the contract: the government want its mining production to take off, it wants to break the attitude of the global mining 'community' which sees Congo as its own private strategic reserve. And yes, Kinshasa has made a lot of concessions. But without the Congo-China agreement and without the mining contract review (the famous "revisitation"), many projects still would lie idle and the Congolese state would have even less mining revenues than it has now. So, Fortin says that the music of renegotiation must go on, not only for the Chinese agreement but also for other contracts.

Finally, the advocates of development theory will argue that it is not good to count on the mining sector to develop a country and that everything should begin from agriculture. My sympathy goes to father Kabila, who as the first post-Mobutu president made the first plan for the reconstruction of Congo without the interference of IMF, World Bank and the West. This plan was written by the brand new government members, appointed by president Kabila in June 1997, three months later their plan for the next three years was there.

For the first time in Congo's history, the Congolese themselves had planned for the reconstruction and economic development. This plan surely had weaknesses and could easily be criticized. But its merits were that it put the agricultural sector as the priority on the forefront. But did this plan receive support from abroad? It did not. Instead many in the West described Laurent Kabila as a dictator and an obstacle for progress.

And honestly, when Kabila was assassinated in 2001, I was ashamed to be Belgian, because in the Belgian media the assassination was applauded, like in January 1961 after the assassination of Patrice Lumumba. When Joseph Kabila took over as President in 2001, he learned his lesson, and looked for other ways to go forward and yet stay alive. Professor Marysse showed a graphic that proves how the reconstruction indeed began in 2001 and that growth took off again and continues to improve. It is not a spectacular improvement, but it is an improvement. So why all this hostility and sarcasm against the Congolese government and the Congo-China agreement?

Let’s study more to put the agreement with China into context and compare it with other contracts with Western societies; let’s follow how these agreements will evolve. Let’s listen to all of the Congolese people, not only to the opposition. And let’s support the Congolese people in the way they want to go forward, which might be different from the recipes of the West.

Member of the Congo group of intal (www.intal.be) and author of “Une histoire populaire du Congo”, Aden May 2010.